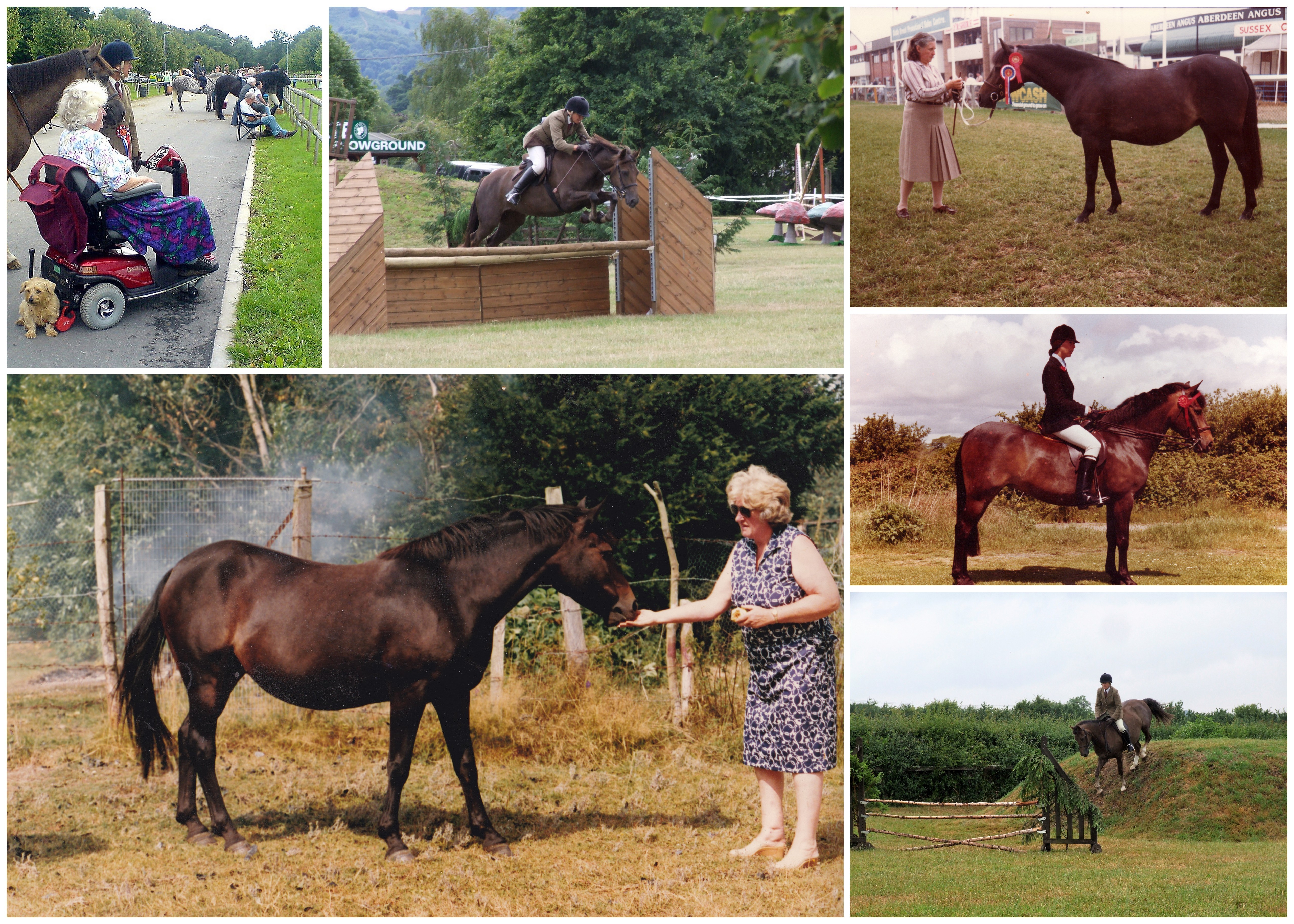 The New Forest pony world has lost one of its best known breeders Avril Darnton founder of the Rodlease Stud. Avril began breeding ponies in 1969, she subsequently purchased Bull Hill Farm in 1970 as a base for her two foundation mares Tantany of Petronella & Boundway Sable.The latter was Avril’s favourite & it was she who produced the legendary superstar Rodlease Fiesta by Sweethills Tango. This mare was produced at Bull Hill Farm by Penny Grounds ridden by Shirley Young together they made a formidable team. Fiesta was Supreme Champion at the Breed Show in 1981 ,82 & 87 , she qualified for Olympia in 1986 along with numerous successes up & down the country .

A valuable addition to the stud arrived in 1979, the stallion Luckington Ludo whom Avril adored . Shirley & her husband Simon (Farriers Stud) used to help out with Ludo & his wives .Shirley recalls being summoned to the “ marriage quarters “ as Avril called it where she would direct proceedings wearing her pinny! 1989 saw the creation of the highly successful NF stallion Musical Ride , they performed at Hyde Park , London in front of the Queen . Ludo ridden by Penny & his son Rodlease High Time Too ridden by Shirley, took part; he was part owned by Shirley & ran on the forest, the only Rodlease pony to do so. Rodlease breeding was influential not only in the UK but in Europe .Ponies were exported to Holland, Belgium , France , Germany & Sweden .Avril was often heard saying “ I am not a people person “ but she was kind, hospitable & enjoyed the many visits from her European friends , Avril made may trips to Europe taking her car across on the ferry .She was also a lady who loved to lunch entertaining regularly at Rodlease Cottage .

Rodlease breeding certainly influenced studs in the UK. Rodlease Playtime was bought by Nick Williams, produced many good ponies, the most well known being the stallion Perronne Palaver. Rodlease Wonder’s Fantasia was sold to Brian & Angie Wilson two of the outstanding ponies coming through from that line were the stallion Bakeburn Benjamin & the little mare Bakeburn Cindy who had the most incredible movement. Avril was a fan of the  Willoway stud made regular visits using all three stallions Peveril Peter Piper, Willoway Double Gold & Wiiloway Piper’s Gold sadly space does not permit me to name all of the outstanding ponies bred during this time .

A new era dawned when Suzanne & Patrick Kempe took over the stud in 2002 Suzanne’s influence introduced Avril to the performance side of the New Forest pony & Avril’s ponies now were seen competing in Working Hunter Pony Classes , show jumping as well as the showing & breeding. A new star was born Rodlease Jubilation (Burley Gold Blend  X Rodlease Minuet  daughter of FIESTA  x Peter Piper no less ) Jubilation caused a stir when shown  as a foal at Fordingbridge Show the judge made her NF Champion  which caused quite a stir !This was the start of an illustrious carreer , Jubilation certainly demonstrated the versatility of the breed winning in hand , under saddle & also jumping Ridden by Suzanne she qualified for the WHP at HOYS and was well placed in the line up . Jubilation’s next challenge was to breed a foal, she now has a beautiful daughter by Wayland Cranberry called Rodlease Celebration .

Avril  became more  immobile in her later years so Suzanne purchased a buggy & together she & Patrick loaded it up into the lorry along with the pony to travel to shows . I have a wonderful memory of Patrick at the NPS Champs Malvern running flat out with Avril’s little dog trying to catch her up when she shot of at speed in the buggy ! Avril was a generous sponsor, both the NPS & the NF Breed Society benefited from the Iris Darnton Trust set up by Avril’s mother .Avril loved her dogs & all her life always had one or even two  in her younger days .Thanks to Suzanne,Patrick  & home care  Avril maintained her independence almost to the end . Alan & I knew Avril for thirty years, she was a true friend with a wicked sense of humour & we miss her. A final comment from Shirley that is such a good conclusion.“ Avril was never happier than when watching her ponies competing, she was very proud of them & rightly so. Her breeding programme has influenced many of the NF Studs & is instantly recognisable, and so her legacy lives on.”